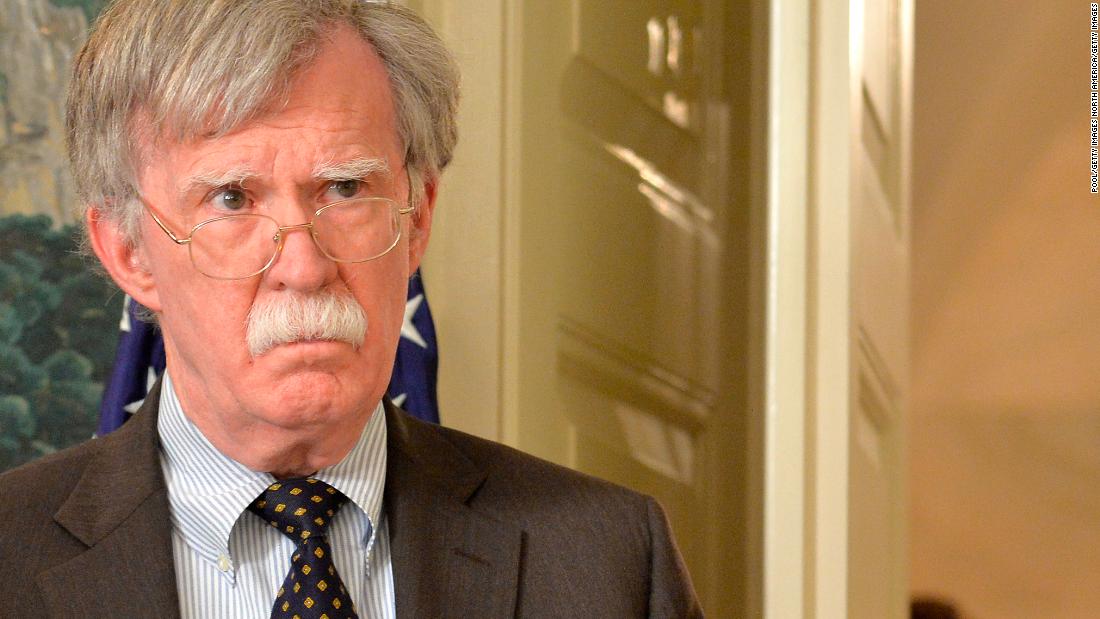 Bolton described a conversation between the two world leaders at the June 2019 G-20 meeting in Osaka, Japan, where Trump told Xi that Midwestern farmers were key to his reelection in November 2020. Trump urged Xi to buoy his political fortunes by buying American agricultural products, linking a promise to waive some tariffs on China in exchange. Trump “stressed the importance of farmers and increased Chinese purchases of soybeans and wheat in the electoral outcome,” Bolton wrote.

Bolton also says that it’s hard for him to think of a single decision Trump made during his stint at the White House “that wasn’t driven by reelection calculations.”

Trump had no problem with China’s concentration camps

Bolton describes several instances where Trump waffles on China-related issues after conversations with Xi, notably on the mass concentration camps Beijing was using to imprison and “re-educate” Uyghur Muslims. Bolton writes that according to the US interpreter in the room during a conversation between Xi and Trump at the G-20 meeting in June 2019, Trump said that Xi should go ahead with building the camps, which Trump thought was “exactly the right thing to do.”

Bolton adds that Trump didn’t want to sanction China for their crackdown on the Muslim minority because of ongoing trade negotiations. “Religious repression in China was also not on Trump’s agenda; whether it was the Catholic Church or Falun Gong, it didn’t register,” Bolton writes.

Pompeo, famously loyal to the President, may have trash-talked him

Bolton describes a meeting between Trump and Kim Jong Un in which the North Korean despot blamed troubled relations between his country and the US on the actions of prior administrations. Emphasizing the meetings he and Trump had held, Kim told the President that they could dispel mistrust and work quickly toward a nuclear agreement. After Trump told Kim that he would seek Senate ratification of any agreement with North Korea, Bolton writes that Secretary of State Mike Pompeo passed him a notepad. On it was scribbled the message, “he is so full of shit.”

“I agreed,” Bolton writes, going on to note that Kim promised no further nuclear tests. The State Department has not responded to CNN’s request for comment about Pompeo’s alleged note.

Bolton writes that in December 2018, Trump offered to help Turkish President Recep Tayyip Erdogan with a Justice Department investigation into a Turkish bank with ties to Erdogan that was suspected of violating US Iran sanctions. When the Turkish leader presented Trump with a memo from the law firm representing Halkbank, Trump flipped through it and then declared he believed the bank was totally innocent of violating US sanctions related to Iran.

Trump told Erdogan he would “take care of things,” and explained that the Southern District prosecutors “were not his people, but were Obama people,” and the problem would be fixed when they were replaced by his people.

Bolton notes that “this was all nonsense” because the Justice Department prosecutors were career employees who would have taken the same path with the Halkbank probe regardless of who was president.

Netanyahu “was dubious about assigning the task of bringing an end to the Israel-Palestinian conflict to Kushner, whose family Netanyahu had known for many years. He was enough of a politician not to oppose the idea publicly, but like much of the world, he wondered why Kushner thought he would succeed where the likes of Kissinger had failed.”

The White House decision-making process was like a ‘food fight’

Bolton says the weekly meetings to discuss issues, chaired by Trump in the Roosevelt Room or the Oval Office, more closely resembled college food fights than careful decision-making, with no lower-level effort or involvement by the relevant agencies to sort out the issues and the options. “After these sessions, had I believed in yoga, I probably could have used some,” Bolton wrote.

It’s a theme Bolton returns to more than once, describing a mercurial President who has little interest in learning how the federal government worked. Instead, he describes Trump as very focused on how decisions will play in the media.

Bolton claims that Trump privately complained about sanctions and other punitive measures imposed on Russia with “extended grumbling and complaining,” even as he touted them in public.

After the US announced a first round of sanctions on Russia for poisoning former Russian spy Sergei Skripal and his daughter in the UK, Bolton said Trump wanted to rescind the penalties and thought they were being too tough on Russian President Vladimir Putin.

“Trump told Pompeo to call Lavrov and say ‘some bureaucrat’ had published the sanctions — a call that may or may not have ever taken place,” Bolton wrote.

Bolton also claimed Trump stopped the issue of a statement criticizing Russia on the tenth anniversary of its invasion of Georgia. The former national security adviser writes that these actions were a reflection of Trump’s “difficulty in separating personal from official relations.”

Trump’s revealing questions: Is Finland a part of Russia?

Before the summit with Putin in Helsinki, Trump asked his advisers if Finland was a part of Russia, or whether it was a “kind of satellite of Russia.”

On his way to the Helsinki meeting, Trump stopped to see then-British Prime Minister Theresa May in the UK. During that meeting, May’s national security adviser, speaking about the Skripal poisoning, referred to the attack as one on a nuclear power. “Trump asked, ‘oh, are you a nuclear power?,’ which I knew was not intended as a joke,” Bolton wrote.
And on multiple occasions, Bolton said Trump repeatedly mixed up Afghan President Ashraf Ghani with former President Hamid Karzai.

Bolton writes that in discussions about toppling the regime of Nicolas Maduro, Trump “insisted on military options for Venezuela,” telling advisers that the country “is really part of the United States.” During a March 2019 meeting at the Pentagon, Trump grilled military leaders about why the US was in Afghanistan and Iraq, but not in Venezuela.

Trump’s repeated insistence that military options be considered to oust Maduro often shocked aides, lawmakers and advisers, Bolton writes. In a meeting with Florida Republicans, “Trump still wanted a military option,” leaving Sen. Rick Scott and Gov. Ron Desantis “plainly stunned,” while Sen. Marco Rubio, who had heard Trump on the subject before “knew how to deflect it politely.”

When news leaked about a hush-hush meeting on Afghanistan at Trump’s Bedminster resort, Trump complained that CNN had reported the summit was taking place, Bolton writes. The President told White House counsel Pat Cipollone to call Attorney General Bill Barr about his desire to “arrest the reporters, force them to serve time in jail, and then demand they disclose their sources.”