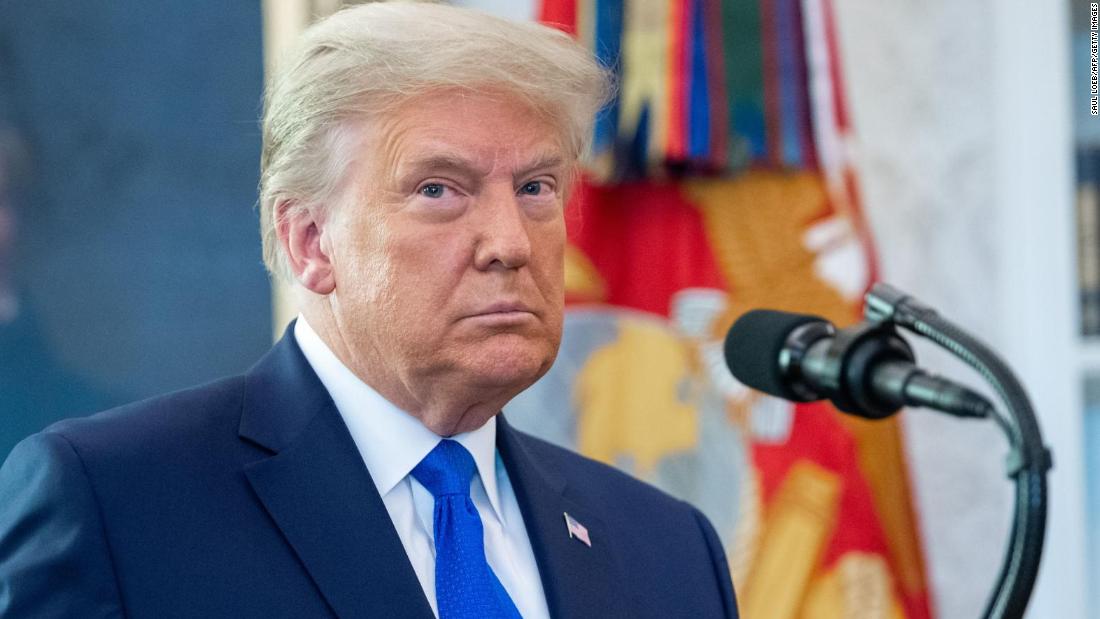 The FDA advisory panel will meet Thursday to discuss whether the agency should authorize emergency use of the Pfizer and BioNTech vaccine at a dark moment in the pandemic, when the US recorded the highest single day tally of more than 3,000 deaths — and some communities continue to resist precautionary measures like mask mandates as a vocal few falsely claim that the pandemic does not exist.

With the reality of shots in arms coming ever closer, the crucial question is whether Trump and his administration are equipping the incoming Biden administration with the knowledge and tools they need to carry out an unprecedented vaccination operation as Trump’s White House grudgingly passes the baton.

Cash-strapped states are still worried about whether they will have the resources to get the vaccine to the most remote locations, distribute it equitably and fight vaccine skepticism. Yet even at this crucial moment — when lives will literally depend on an orderly handoff from one administration to the next — Trump answered a question this week about why he wasn’t including Biden aides in a vaccine distribution summit by insisting the election still wasn’t settled.

There were signs Wednesday, however, that cooperation is slowly beginning to take shape behind the scenes. Health and Human Services Secretary Alex Azar said that he has met with Biden’s team — a rare acknowledgment of the former vice president’s victory from a top Trump official — and he insisted that he wants “to make sure they get everything that they need.” Biden’s transition team is also finally slated to meet with Operation Warp Speed, the Trump administration’s vaccine planning team.

“Twenty million people should get vaccinated in just the next several weeks, and then we’ll just keep rolling out vaccines through January, February, March as they come off the production lines,” Azar said, trying to offer a note of reassurance about continuity during an interview on CNN’s New Day.

Trump distracted by his fixation on the election

The vaccine distribution challenges surrounding a once-in-a-lifetime pandemic would normally be at the top of the agenda for any commander-in-chief. But unsurprisingly, Trump is refusing to acknowledge the potential problems as he spreads disinformation to his supporters, and his administration — at his behest — continues to target Biden’s son Hunter, who revealed Wednesday that his taxes are under federal investigation.
After needlessly delaying the Biden transition for weeks while spreading baseless claims of voter fraud, Trump sought to intervene Wednesday in a lawsuit filed with the Supreme Court in which Texas Attorney General Ken Paxton is trying to invalidate millions of votes in Pennsylvania, Georgia, Michigan and Wisconsin — all states Biden won. The attorney representing Trump, John Eastman, is known for recently pushing a racist conspiracy theory — that Trump himself later amplified — claiming Vice President-elect Kamala Harris might not be eligible for the role because her parents were immigrants.

One of Trump’s top allies, House Republican leader Kevin McCarthy, said he does not plan to accept Biden as the President-elect even after the Electoral College votes Monday.

“Why would I do that? I’ll wait ’til it’s all over to find out. Every legal vote has to be counted. Every recount has to be finished. And every legal challenge has to be heard,” the California Republican said Wednesday.

But a number of GOP senators have indicated that it is time to move on, even if Trump will not. Kansas Sen. Jerry Moran, a Republican, said “it is unhealthy for the well-being of the country” to continue debating the outcome of the election “once the presidential race has been determined.”

“Unless a court makes some other decision, the Electoral College is the defining outcome of the presidential race,” Moran said. Asked what would be next if Trump doesn’t concede, Moran said: “There is a transition that just occurs — occurs under our laws under the Constitution.”

Trying to steer the country forward as Trump continues his election challenges in what often feels like alternate universe that is devoid of facts, Biden continued to build out his Cabinet Wednesday, introducing retired Gen. Lloyd Austin as his choice for defense secretary.

If confirmed, Austin would be the first Black man to hold that role. He would need a waiver from Congress to head the Defense Department since he hasn’t been out of the military for the required seven years — something not all members of Biden’s party appear ready to support. But the President-elect said the country needs Austin’s experience “with large-scale logistical operations to help support the swift and equitable distribution of Covid-19 vaccines.”

With hopes riding on the vaccine authorization discussion Thursday, the country continued to grapple with an alarming rise in cases around the country as medical professionals began to see the post-Thanksgiving spike materialize and some regions reverted to shutdowns to try to preserve hospital capacity.

Dr. Grant Colfax, director of public health for the city and county of San Francisco, said that the city will run out of intensive care unit beds in just 17 days and noted that the average case rate in San Francisco has doubled since the holiday.

“This is by far, the worst surge to date,” Colfax said. “The reality is unfortunately proving to be as harsh as we expected. … The vaccine will not save us from this current surge — there is simply not enough time.”

In Los Angeles County, which is also under a stay-at-home order, hospitalizations have tripled during the past month and fatalities have risen by 258%, according to county health data.

Los Angeles County Health Director Barbara Ferrer tried to hold back tears Wednesday as she ticked through the case numbers during a press conference: “The more terrible truth is that over 8,000 people, … who were beloved members of their family, are not coming back. And their deaths are an incalculable loss to their friends and their family, as well as our community.”

Though Trump has said that the vaccination program will “quickly and dramatically reduce deaths,” a new White House task force report warns that the vaccine “will not substantially reduce viral spread, hospitalizations, or fatalities until the 100 million Americans with comorbidities can be fully immunized, which will take until the late spring.” The report said the key to limiting deaths and hospitalizations in the interim is to urge Americans to change their personal behavior as states make “aggressive mitigation” efforts.

During the meeting of the FDA advisory board on Thursday, members are expected to discuss which groups should be excluded from the first round of vaccines because of safety concerns, such as pregnant women or those who are likely to have severe allergic reactions to the vaccine, as they review the data from Pfizer’s vaccine trial.

Operation Warp Speed’s chief operating officer, Gen. Gustave Perna, said that 2.9 million doses of vaccine will go out in the first shipment from Pfizer once the FDA grants emergency use authorization.

Initially the federal government expected to receive 6.4 million doses from Pfizer as the first shipment. But because the vaccine is administered in two doses, the math is more complicated. About 500,000 doses will be set aside as a reserve supply, and the remaining number was divided in half to set aside what is needed for the second dose of the Pfizer vaccine, which brought down the total in the first shipment to 2.9 million doses.

“Within 24 hours of that (FDA) approval, we will begin moving the vaccines,” Lt. Gen. Paul Ostrowski, the director of supply, production and distribution for Operation Warp Speed, said Wednesday on ABC’s “Good Morning America.”

But he acknowledged that officials have a long way to go in building trust with Americans that the vaccine is safe, a task that the Biden administration will take over from Trump’s team.

“We must build a trust in the American people. We must make them understand that the science that went into this, that the oversight they went into this is gold standard, and that our scientists, our pharmaceutical companies here in the United States, are the best ever,” Ostrowski said.

“And we just want to make sure that everybody gets this vaccine, because we got to get our lives back.”