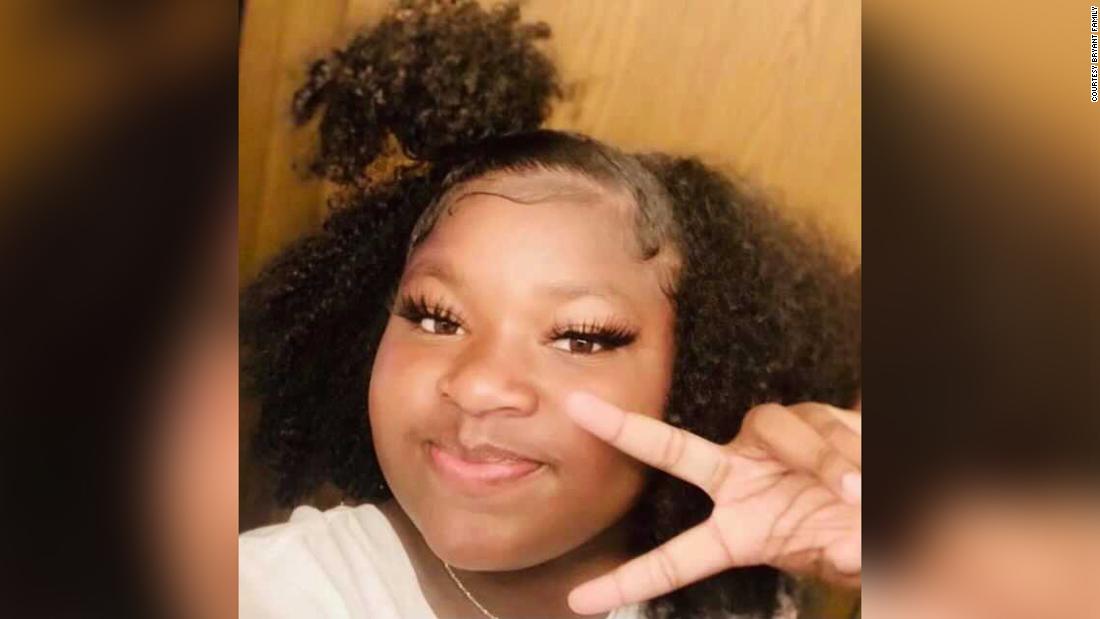 But unlike other high-profile incidents across the country, officials in Columbus released clips of both shootings within a day and, in the most recent case, within hours. They followed that up with more body camera footage later.

Since the rise of body cams, police departments across the country have grappled with whether and how to release videos of violent incidents involving officers and the people they’ve shot or killed. Mayors sometimes want to get the footage out to mollify protesters, police chiefs can use the clips to defend their officers, and prosecutors are left worrying about tainting the jury pool. In some places, local officials may not have a choice because state law prevents or spells out how it can be released.

Official videos of fatal police encounters are coming out faster than ever, adding clarity to tense situations where rumors can thrive and disinformation flourishes online.

In Ma’Khia’s case, the first video to emerge showed her still legs and rainbow-colored Crocs while an officer stood nearby. There was no sign of the apparent knife she was wielding when the officer opened fire — that was first publicly revealed in the body cam clips released that night.

“There were a lot of things being said and shared out in the community that may or may not have been consistent with what we’ve seen with our own eyes here,” Columbus Mayor Andrew Ginther said about releasing the tapes at a Wednesday press conference. “And I think, critically, during a time of crisis, it’s very important to be as transparent and responsive as possible.”

The release of the video came in part came because of the timing of the shooting: about a half hour before a verdict was announced in the murder case against former Minneapolis Police Officer Derek Chauvin, now convicted of killing George Floyd. Social media, and then news reports, looped in the conviction with the shooting in Ohio.

“It wasn’t just social media, it was regular (media) as well. What we knew was that — residents, our black community in particular, basically has been holding their breath for a year on this verdict and barely had an opportunity to exhale before this tragedy,” said Robin Davis, a spokeswoman for the city of Columbus. “So, it was extremely important we get the information out as soon as we could. To be able to respond as quickly as possible. That’s always, always how we want to be able to do this.”

The press for transparency after an incident is driven, in large part, by social media and online influencers weighing in on evidence of shootings surfaced by bystanders or witnesses and media interest in cases that garner that attention.

Video released by police Tuesday appears to show Ma’Khia swinging her right hand toward one woman, who falls to the ground, before swinging toward a second woman. The officer who shot Ma’Khia, Nicholas Reardon, appears to draw his gun after the first woman fell.

‘Be prepared to get that video out’

The moments after an officer shoots someone is chaotic. Depending on bystander video and because of the ease of sharing video on social media, the call for release of the video can become public before officers are finished hanging tape around the scene.

Mayors, police chiefs, police unions, prosecutors, attorneys for families of those shot by police, and activists all have separate and often competing interests in weighing whether to release or advocate for the release of video. The release by a mayor or police department may be an attempt to correct rumors or speculation on social media or to mollify protesters, or an attorney may seek the video’s release if they suspect wrongdoing or that the video would be helpful to an eventual lawsuit.

Just the act of affixing a body-worn camera to a police uniform is telling the public that what police do is a matter of public record, said Chuck Wexler, the executive director of the Police Executive Research Forum, a research organization whose goal is to “advance professionalism in policing.”

“If (departments) adopt body worn camera videos, they need to be prepared to get that video out as soon as possible because the expectation is: ‘Well, you gave them the cameras, what’s your timeframe for getting it out?'” Wexler said.

Wexler said there could be some compelling reason for holding off, but “by and large I think departments are better off getting the video out as quickly as possible.”

In Columbus, he said the department did two things right: released the body camera quickly and “showed compassion,” adding that a big part of public trust and how events play out comes down to “how these stories are told in the first days.”

David LaBahn, president of the Association of Prosecuting Attorneys, said prosecutors would prefer police not release videos until it’s gone through some agreed-upon process and authorities can decide whether a shooting was lawful. That process is different depending on the jurisdiction. In some places, an outside law enforcement agency handles the investigation; in some cases a charging decision is made by prosecutors or a grand jury.

There’s no category of crime where police officials routinely release evidence of a potential crime prior to a police department, prosecutor, or grand jury choosing whether to file charges, LaBahn said. But in his perfect world, after a determination is made on the shooting, prosecutors would either file video evidence as a public record in court or could release the material if a decision was made to not file charges.

“In that way, everyone would get to see everything. It’s just a matter of when,” he said. “But we don’t live in a perfect world, we’re in a 24/7 media cycle, and not just police but other people taking pictures of something. It becomes quick response model … and that’s where we’re at with the question of law enforcement agencies, do they even want to go to the area of creating a policy. And if they did, what would it say.”

Columbus has had one other high-profile instance of a city police officer firing at someone in the last six months. In December, an officer shot and killed Andre Hill while responding to a disturbance call. Hill was shot just outside of the garage of his friend’s home, where he was an invited guest. Police officials released that video within a week and moved to fire the officer, Adam Coy. The police chief at the time also released an internal report where he outlined the reasons for seeking Coy’s firing.

A grand jury indicted Coy and he pleaded not guilty to murder and other charges. He was charged with murder during a felony, felonious assault, and two counts of dereliction of duty. Coy pleaded not guilty and a judge initially set bond at $3 million. Bond was later reduced.

After Reardon shot Ma’Khia on Tuesday, the mayor of Columbus and other officials gathered to discuss a way to get video out as quickly as possible, said Davis, the Columbus spokeswoman.

“The discussions were about being as transparent as we could with the public,” Davis said. “We don’t rush every bit of body-worn camera footage we have. But we aren’t looking at if this is going to reflect poorly on us, that’s not a concern. How quickly we got out the Andre Hill footage speaks to that. That was not something that reflected well on the Columbus Division of Police and there was no hesitancy to get it out.”

Not all cities are the same

Police in at least three other cities across America have found themselves dealing with intense media and public pressure to release videos of officers killing people.

At the end of March, a Chicago police officer shot and killed 13-year-old Adam Toledo at the end of a foot chase. The city didn’t publicly disclose that it shot a child for days after the shooting, despite the city’s police superintendent having been woken up and told an officer had shot a young person.

The city agency that investigates shootings released the footage more than two weeks later, after family had a chance to see it, and then the police department released an edited compilation of videos.

In Minnesota on April 11, an officer apparently mistook her service weapon for a Taser and fired a single shot into the chest of Daunte Wright. He died, and the officer, Kimberly Potter, now faces a second-degree manslaughter charge. Police officials released a portion of video the next morning showing the officer who fired her gun approaching the car where Wright was being handcuffed before he tried to escape and she shot him.
In North Carolina this week, officials are grappling with public demand for transparency and a state law prohibiting the release of body-worn camera footage after an officer there shot and killed a man, Andrew Brown Jr., during a warrant service.

“Our special agents are working this investigation as quickly and as thoroughly as possible. We understand the need for transparency and will release what information we can when we’re able to release it,” a statement from the State Bureau of Investigation stated Thursday. “As for the release of any body camera video, it is not the SBI’s decision as to when and how body camera video is released. In North Carolina, body-worn video shall only be released pursuant to a court order.”

LaBahn, of the Association of Prosecuting Attorneys, said the best practice would be to either always release videos, or never release videos. But only releasing them if the shooting’s thought to be lawful would likely lead to community unrest if videos are then withheld in cases where it’s less clear. In either case, releasing videos has the potential to taint juries and lead to a venue change where people from that city won’t be able to serve on either a grand jury or as a juror in a criminal trial.

“In the light of everything going on, they were … mayors, and the public interest in their department using force versus an accused’s right to a fair trial … those are two things you’re balancing,” LaBahn said. “If an agency gets into habit of releasing, releasing real quickly what they believe to be lawful shoots, lawful uses of force, and have another incident and they don’t release, that’s going to have (the media) and the community realizing something’s wrong with case.”

Mass shootings and the Ch...

The secrets of Profitable...