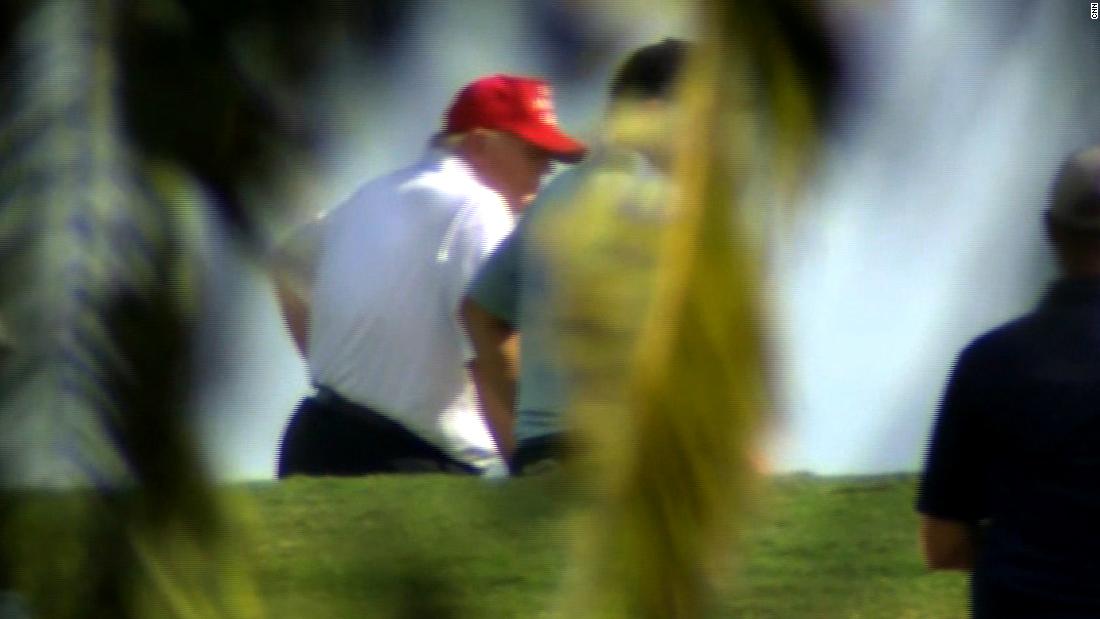 Americans suffer at Christmas while Trump golfs and sows chaos

But after enduring so much, Americans can hardly be blamed for feeling outrage at yet another indignity at the hand of their leaders.

House Republicans on Thursday rejected an attempt by Democrats to pass a bill that included $2,000 direct payments to Americans — precisely the figure Trump demanded in a random video he tweeted this week rejecting a bill with $600 payments that had passed overwhelmingly with the support of his administration.

In the Republican-controlled Senate, there does not appear to be enough support for a bill with $2,000 checks. Trump is engaged in open hostility with the chamber’s GOP leaders because they have acknowledged the reality that he lost the election, a dispute he acknowledged on Twitter after returning to Mar-a-Lago from his golf course on Christmas Eve Day.

“At a meeting in Florida today, everyone was asking why aren’t the Republicans up in arms & fighting over the fact that the Democrats stole the rigged presidential election?” he asked, using the term “meeting” somewhat freely. “Especially in the Senate, they said, where you helped 8 Senators win their races. How quickly they forget!”

The bill Trump demanded Congress change was flown to him in Florida on Thursday afternoon but he offered no more clarity on what he would do with it. Government funding will lapse on Monday unless Trump signs the package or Congress passes another stopgap measure; they have already passed four such fixes this month alone.

That no one seems to know what Trump wants — if he even knows himself — has only fueled in the impression the country is careering further into chaos at exactly the moment it is least welcome.

“I have no idea what he plans to do,” Sen. Roy Blunt, a Republican who is usually aligned with the President, said on Thursday.

In the past, when the government was about to shut down around Christmas, presidents and lawmakers stayed behind in Washington to figure it out. Even Trump skipped his Florida vacation two years ago as agencies shuttered.

So, too, have the country’s leaders typically attempted some form of in-the-trenches solidarity with their constituents when the going gets tough — like, for example, when health experts advise against holiday travel and gatherings with family.

But conventional practices have mostly disappeared in the four years Trump has been president. And no one really thinks twice anymore when Trump — despite claims by the White House that his schedule is packed with phone calls and meetings — pays another visit to one of his golf clubs while millions of Americans go hungry at Christmas.

Having already forced suffering Americans to wait months for more economic relief from the ravages of the coronavirus, it does not appear elected officials will figure out how to move forward anytime soon.

“We were assured that the President would sign the bill,” Blunt told reporters Thursday, casually suggesting the President may not understand what is in it — something of an understatement given the President’s conflation of the Covid stimulus and government funding packages, and his fury over spending figures he proposed himself in his budget this year.

As Republicans work on sorting out what Trump wants, more than 12 million laid-off Americans could lose their unemployment benefits after this weekend, back rent will be due January 1 for millions of tenants and states could lose any unspent funds from the $150 billion that Congress provided earlier this year to state and local governments to help them cover coronavirus-related expenses.

It has left millions of Americans facing deep uncertainty at the end of a difficult year.

“I think that people are scared,” said Karen Pozna, the communications director at the Greater Cleveland Food Bank, on CNN. “You know, they’re scared, there’s been so many people who have lost their jobs or had to take pay cuts. The need was great before the pandemic. It’s continuing now. And I see it continuing well into the new year.”

Trump has made virtually no mention of the pandemic’s toll for weeks; in a video he taped alongside the first lady for Christmas, he left the empathy to his wife while he declared the rollout of recently authorized vaccines “a Christmas miracle,” though the vast majority of Americans won’t have access to shots for months.

Lawmakers say they are feeling heat from their constituents to get something done, pressure Trump doesn’t appear to share.

“I did a town hall last night that had people crying, people terrified of what is going to happen,” Rep. Debbie Dingell, D-Michigan, said on Thursday after Democrats’ measure failed.

“The President — when we finally thought that we’d be able to give people hope — that’s what people need, hope — and be able to begin to continue to work on this in January, he doesn’t give a damn about people,” she said. “He threw more fear — he threw kerosene on a terror fire.”

It wasn’t only Democrats who were frustrated.

“If he thinks going on Twitter and trashing the bill his team negotiated and we supported on his behalf is going to bring more people to his side in this election fiasco, I hope he’s wrong, though I guess we’ll see,” Rep. Anthony Gonzalez, R-Ohio, tweeted on Wednesday.

In the end, Trump himself may not know what his end goals are beyond throwing more gasoline into a system he appears intent on watching burn as he leaves office. Trump remains furious that Republicans — including those who helped negotiate the legislation he rejected — aren’t supporting him in his bid to overturn the election.

In Florida, Trump is often surrounded by more willing hangers-on who, in the past, have encouraged his destructive impulses. His personal attorney Rudy Giuliani flew with him to Florida aboard Air Force One on Wednesday.

CNN reported on Thursday that Trump’s latest fixation is the January 6 certification of the Electoral College count for Joe Biden, an occasion he hopes will provide an opening for his supporters to challenge the results.

As he was flying to Florida for his vacation, Trump retweeted a call from one of his supporters for Vice President Mike Pence to refuse to ratify the Electoral College results.

Trump has told people recently that Pence isn’t doing enough to fight for him as his presidency ends, and has recently taken an interest in Pence’s traditional role during the certification. As president of the Senate, Pence presides over the proceedings.

Sources say Trump in recent days has brought the matter up to the vice president and has been “confused” as to why Pence can’t overturn the results of the election on January 6. Pence and White House aides have tried to explain to him that his role his more of a formality and he cannot unilaterally reject the electoral college votes.

It’s far from clear the President has internalized the message.