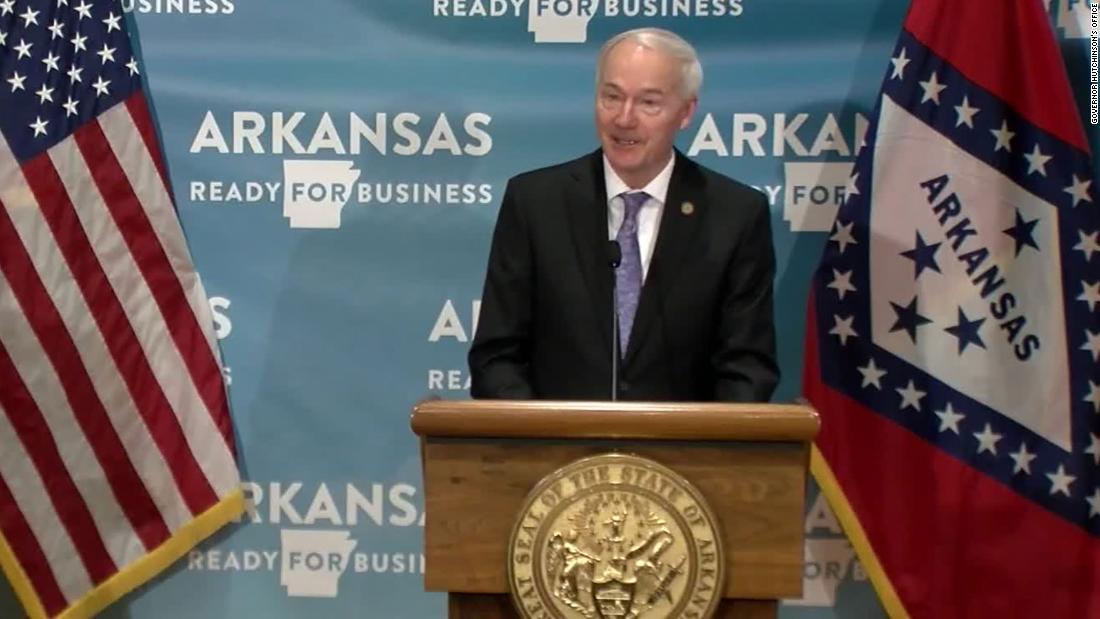 
“A high school swim party that I’m sure everybody thought was harmless. They’re young, they’re swimming, they’re just having activity and positive cases resulted from that,” Hutchinson said.

The governor declined to provide further details on the swim party but noted the incident was “just an encouragement for us to be disciplined in our activities.”

“During this Memorial (Day) weekend, we want to be out and we want to enjoy ourselves, we want to remember this holiday and those that have served our country and given their lives in service of our country. But let’s be safe and let’s be disciplined at the same time,” Hutchinson said.

The case described by the governor highlights the threats of community spread in the United States as cities and states continue relaxing social distancing measures and businesses reopen.

On Saturday, Hutchinson said Arkansas is seeing an increase of Covid-19 cases in what the governor calls a second peak.

Health officials reported 163 new cases of the virus on Saturday. There are at least 5,612 cases in the state, according to a tally by Johns Hopkins University.
Unlike other states, Arkansas has not been under a stay-at-home order to limit the spread of the novel coronavirus.
Last month, Hutchinson said he didn’t believe the state needed a statewide order because of its low density in population.

He pointed to his actions in declaring a public emergency when Arkansas had its first confirmed case of coronavirus, closing the state’s schools and increasing testing.

The mystery behind the da...